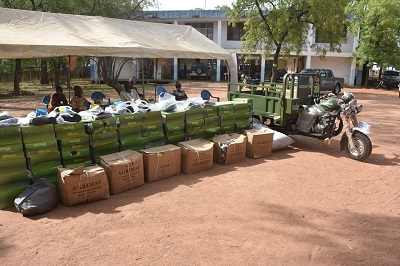 At both events, the dignitaries praised the works of smallholder farmers in the provision of food in the region and country. Enumerating the investments made by GASIP to the region under the Climate Change activities, including the establishment of Conservation Agriculture Demonstration sites, development of six solar-powered boreholes, and establishment of two state of the art Automatic Weather stations, all dignitaries praised the work of GASIP in building the capacity of the smallholder farmers towards climate change resilience.

The event was further used to sensitise farmers on how they can prevent themselves from contracting the COVID-19 virus.

At the end of the event, Kalbeo and Soe-Yindongo won the best demonstration group for Bolgatanga Municipal and Bongo District, respectively.